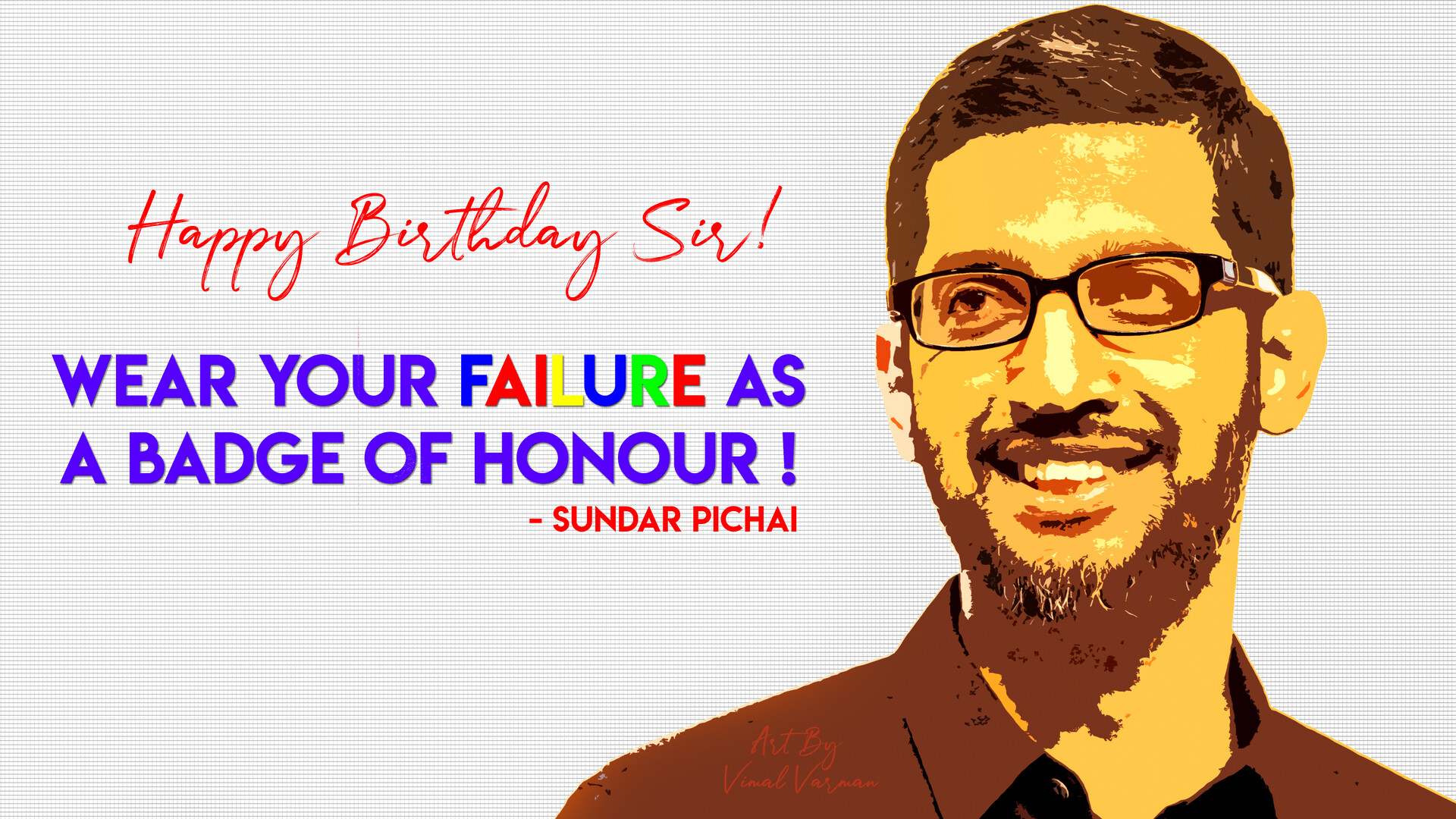 Sundar Pichai, a man who came from the Indian state of Tamil Nadu, became the CEO of Alphabet last year. Today, June 10, the Indian-American business executive is turning 48 years old where we will be looking at 11 things from his lifetime experiences that inspired him to become what he is today. Read more to learn about the short history of how Sundar Pichai grew to this position and some of his lessons that he has shared with the world.

Sundar Pichai was born in the city of Madurai which resides in the southern state of Tamil Nadu. Although he was born here, he mostly grew up in the state capital, Chennai. During these years in Chennai, Pichai belonged to a lower-middle class family who couldn’t afford many of the necessary appliances (TV, Refrigerator, Bike/Car, Phone, Computer) that other families could.

Sundar and his family lived in a house which had a total of 2 rooms where Sundar and his brother would sleep on the floor. His father worked in a technology company and it was known that his father’s words was the key reason behind molding Sundar to become what he is today.

What Made Sundar Pichai The Person He is Today?

From a very young age, Sundar Pichai had a great sense of memory power where he is capable of remembering every phone number that he has ever dialed. The people that really know Sundar Pichai would know that he is very soft in nature where his sense of loyalty and self-confidence boosted him to this great level.

Even during his early days in Google, many other corporations like Microsoft and Twitter tried to pull Sundar for a very high position. However, he decided to stay in Google and trusted in the work he did which led him to the highest of heights.

In terms of education, Sundar went on to study at the Indian Institute of Technology Kharagpur where he received a silver medal. His life began to turn towards the United States when he received a scholarship to study at Stanford. After Stanford, he decided to stay in the United States where he worked at McKinsey & Company for a very short time before joining Google at 2004.

What Are These 11 Facts?

Now that you know a bit about Sundar Pichai and some of the struggles he went through to become the CEO of Alphabet, let’s dive into some facts that might surprise you.

1. Sundar Pichai never owned a telephone until the age of 12

2. Just like other Indian kids, Sundar Pichai had a passion for cricket and was the captain of his high school’s cricket team

4. During his early days, Sundar lived through a drought which has psychologically impacted him. Even today, he sleeps with a water bottle next to his bed.

5. Since a US ticket was more expensive than the salary of Sundar’s father, it took Sundar’s family a year before they could send him to Stanford.

6. Sundar Pichai is an important reason behind the creations of Google Drive, Gmail along with the negotiation for Google Nest.

7. Sundar Pichai was one of the first people who was not interviewed by Larry Page, one of the co-founders of Google

8. Sundar’s inspiration came from his mother who dropped out of school and his father who worked at a technology company

9. Sundar Pichai didn’t know what Gmail looked like when he went for an interview at Google

10. Sundar Pichai saw a computer for the very first time when he went to college at Indian Institute of Technology Kharagpur

11. Sundar Pichai’s wife, Anjali, sticked together since college at Indian Institute of Technology Kharagpur where she was a huge guide during Sundar’s harsh times

I hope you really enjoyed your way through my content and please don’t forget to subscribe to the blog down below and leave a comment. Please make sure to join our Facebook Group where you have the opportunity to connect with us and also a chance to regularly keep up with our updates. Thanks a lot and I will meet you’ll soon!!!

Processing…
Success! You're on the list.
Whoops! There was an error and we couldn't process your subscription. Please reload the page and try again.

What You Need To Know About Locusts In India?